We Have to Talk About Julian

Ultimately, we knew it was coming. We knew the powers-that-be (namely the US and UK) would find a crack to widen and break through, to capture a man who's had a target on his back --- a man who, as publisher, did more for journalism than mainstream media has done in decades. Those exposed by Julian Assange and WikiLeaks regard him as a criminal. Those in search of truth and transparency believe he’s a hero. However, he is a mortal man, one with flaws that were weaponized against him.

At Real Progressives we investigate the world at both the macro and micro level. In this article, Kerri Barber takes us down the perilous path of legislation that, should it lose, could be devastating for those who depend on rent control for affordable housing in Chicago. Let this be a cautionary tale for urban dwellers everywhere.

Dr. Fadhel Kaboub will be in Pima AZ on May 22!

EVENT: It is not often that Dr. Fadhel Kaboub makes it to the West Coast. Planning to attend in person? RSVP here to join in a Discussion and Presentation on how we are going to pay for Green New Deal NOW and other progressive policies. The events will be held at the University of Arizona, Institute of the Environment. Real Progressives is co-sponsoring this rare opportunity with the Pima County Democratic Party and Sunrise Southern Arizona.

Real Progressives focuses on seven knowledge areas. This month we are spotlighting the Peace With Justice pillar.

Martin Luther King, Jr, once said, "True peace is not merely the absence of tension; it is the presence of justice." Why do politicians and the elite peddle "sticker shock" when we want to achieve socioeconomic justice for our citizens but not the same "sticker shock" at our deathmaking machine? Nathan Locke explores why in No Justice, No Peace.

MMT is the cornerstone of the Real Progressives movement. As such it is constantly under attack. Here we have a few RP responses to popular mainstream/neoliberal hit pieces.

That Thing You're Afraid of is Already Here

"Moneymorning.com recently published an article by David Zeiler warning that "implementing" MMT could lead to a Rome-style economic collapse. Along with the usual tropes (Zimbabwe/Weimar/Venezuela), the author fails to understand that MMT is operational reality, not something to be "implemented." Yet again, an economic article fails to display any understanding of what it is attacking; and yet again Loren Hall has to set them straight.

The Mismeasure Of Macro

The Untold... Of Money From Gold

A timeline of the monetization of our country. A look at the impetus of the national debt, and how various state and federal banking systems, with the help of Congress, have shaped our country’s economics through bank creations, conclusions, failures, and rebirths. Relevant events are marked along the way from the founding of our nation, through the New Deal, and until the Nixon Shock ends the literal meaning of the national debt, leaving us by default with what today is often called Modern Monetary Theory.

We have economics, microeconomics and macroeconomics. Is there a difference between them? What is it? Does it matter? This article sheds some light on both the nitty-gritty and the big picture of economics to illustrate how it all comes together.

These are selections from Real Progressives' audio and video work, from our Macro n Cheese podcast to our various livestreams and video interviews.

PODCAST: Warren Mosler, the originator of MMT, charges that the labor market is an unfair game and the gap in distribution is a result of institutional structure. With insight and clarity, Mosler explains a range of progressive policy proposals that include a job guarantee, new rules for the Federal Reserve, and a change in corporate liability laws. 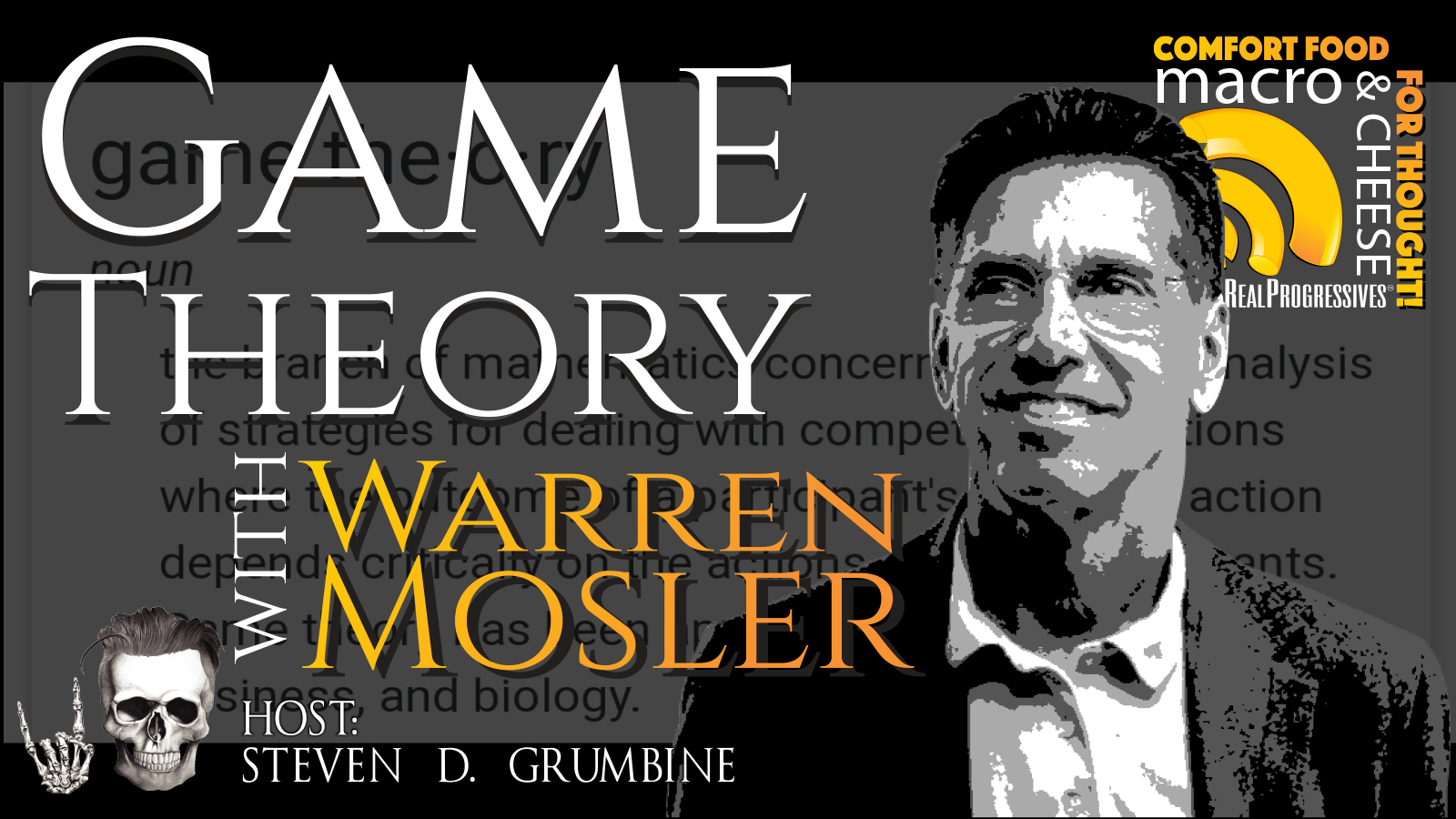 Overripe Economy: American Capitalism and the Crisis of Democracy

VIDEO: Alan Nasser joins Steve to Discuss his book, "Overripe Economy: American Capitalism and the Crisis of Democracy." Alan’s prediction of a new economic crisis is substantiated by his thorough exploration of the history of capital development as it passed from its most productive stage, the “Golden Age” (1949-1973) into a new "financialized" economy in which massive profits are no longer invested in growth but used for stock buybacks and price manipulation. Don’t miss this exciting interview.

Pivots and Reality: Activism's Continuous Dance within Shifts in the Political Tides

VIDEO: Nikolas Miyagi Maslow begins by revisiting major pivots that massive amounts of US voters made in 2016 that lead to the popularity of activism and the exponential growth of our progressive movement. More specifically, these pivots signified a growth in the awareness of the duopoly, corporate control, and Neoliberalism within our system.

VIDEO: Steve gives his insightful take on how Bernie did in his recent Town Hall on Fox News channel (great!), what he could have done better (maybe a bit more emphasis on a certain favorite Macroeconomic theory?), and most importantly, what we can do to support Bernie and advance the knowledge of Modern Monetary Theory to pursue a progressive agenda. It is an inspiring talk, and one you won't want to miss!

The War Against Neoliberalism is Global with Ellis Winningham

VIDEO: Please watch as Ellis Winningham and Steve Grumbine discuss how the MMT lens has been largely focused within the US. It is time to spread the narrative to places like Australia and the United Kingdom, where the US has had a dramatic impact in the dismantling of their systems. Neoliberalism is a global threat. Ellis asserts that the battle needs to be fought on a human front, not just country by country because this is something that impacts all of humankind.

Money. We think about it all the time. We work for it. We worry about it. We want more. When we get more, we want even more than that. It pervades out lives. But what is it? Where does it come from? Why do we have it? Three of the founders of MMT provide some insights in this informative video. 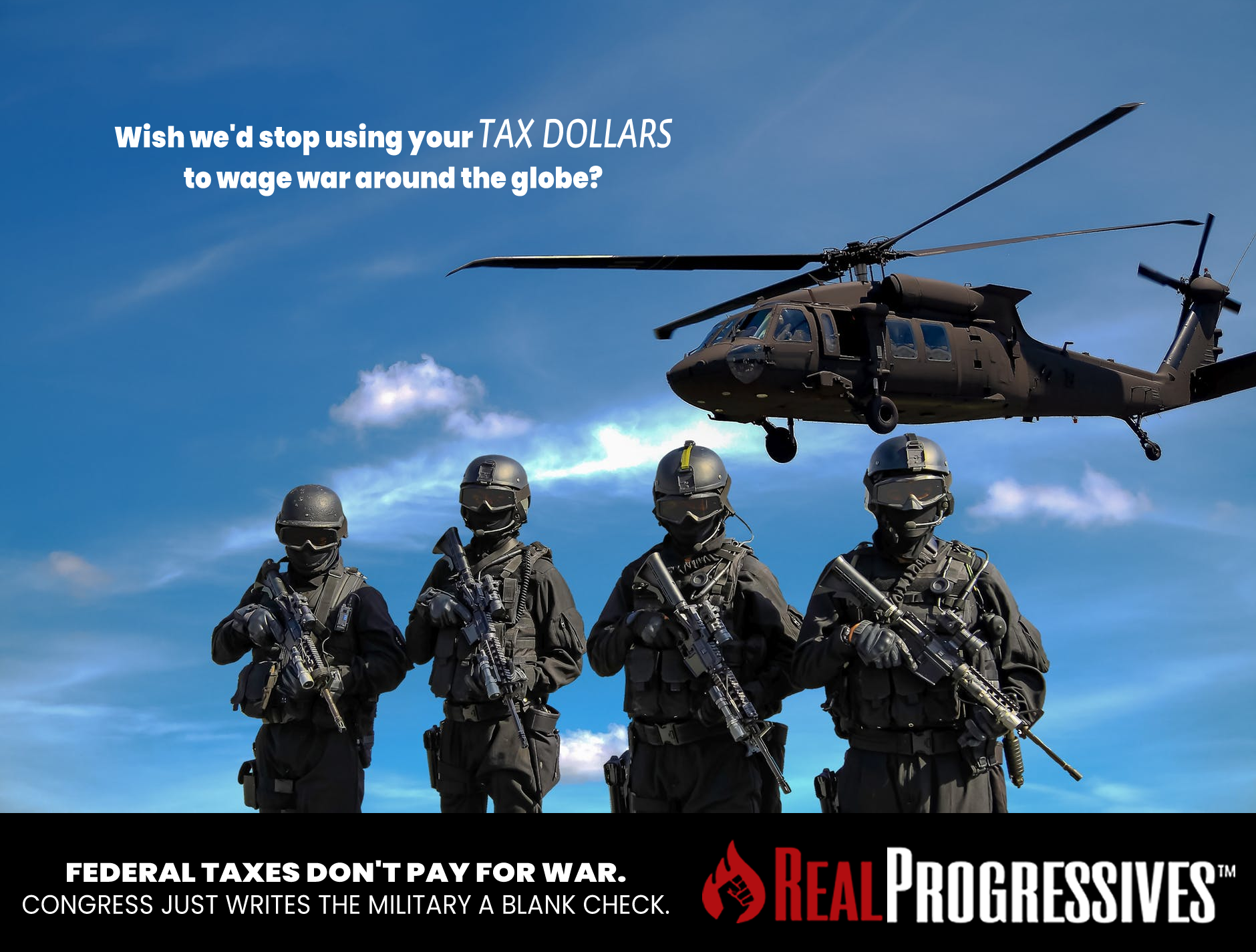 We hope you enjoyed this issue!

Forward this newsletter to a friend, they too can sign up to get mail here!

Please help our Real Progressives efforts and become a monthly donor at PayPal or Patreon.

Thank you for the continued support.

JOIN US and make a difference!

Explore these and many more potential roles with Real Progressives. We’ll train you!

Questions? email us at questions@realprogressives.org

related
The United States is a Rogue State – And This Cannot End Well
Medicaid Cuts, MMT, and Medicare for All
New Year, New Recommended Reading
more news you may like
Never Enough
COVID-19 Proves Our Point
Breaking News 93 Days
more by author
Sign Up For Real Progressives Newsletter